ebay makes me SO MAD! 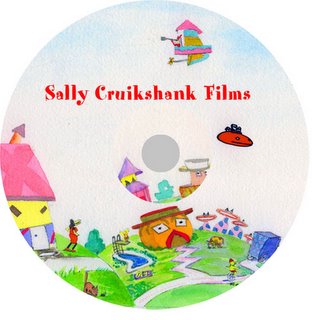 I've been selling on ebay for years-- postcards, horse stuff, movie memorabilia. The last year I've been selling copies of my own cartoons on dvd-rs. Since I am the copyright owner, this is legal on ebay. However, dvd-r is also a frequent format for bootlegs. Something in the ebay system punches reject and they pull my listings, considering them taboo.

I protest, they check the listing, they concede, I relist.The people who want these dvds really want them, remembering something from their crazy youth, etc. All the feedback on the dvds positive. (More than 1200 feedbacks and only one negative all that time.) Each time ebay concedes they apologize and say they've added a note to my account so the same mistake won't be made again.

Tonight I listed the dvd again and they have suspended my account. Means I cease to exist on ebay. Meanwhile I had about twenty five other auctions on-going, with bids, and they get suspended too. I know ebay will re-instate me, but meanwhile all these auctions are screwed. And ebay has no support phone number, you are totally at the mercy of their support email. In the last two months I sold more than $6000 in one thing or the other-- means nothing in the mega giant corporate world of ebay.Worst part is I really want to get re-instated. grovel grovel. groan. groan.
Posted by Sally at 9:36 PM 5 comments: 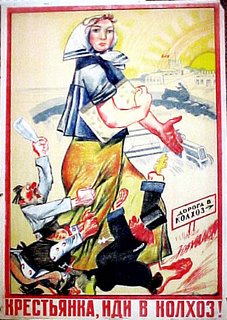 I was about nine or ten, it was the late fifties, Kruschev era, Sputnik, cold war. I lived in New Jersey, a Republican town, all church going families, the burbs... I was very interested in everything Russian. Really I don't know why, thinking back on it now. I kept checking out a little phonograph album from the public library to teach myself Russian, and I would play the records in my room on a kiddie record player. "Nyet Nyet Nyet" I was careful to renew the album when it was overdue. Then I decided to subscribe to "Soviet Life." It was free. It looked like LIFE magazine but was even bigger, and more color pictures. But the pictures were sort of dull, young women on tractors in giant wheat fields with bright blue skies. I got interested in other things.Then summer rolled around, and two men in suits came up on the front porch to talk to my mother. They were from the F.B.I.!!! They wanted to talk to her about ME! Little Sally, the soviet spy!!!!

There's probably a record on me somewhere in Washington!

Of course in the George Bush era of "all your information is mine" this may not seem so funny, but it still cracks me up.
Posted by Sally at 6:59 PM No comments:

Labels: life, the past, think about it, weird

Entertainment of the Future 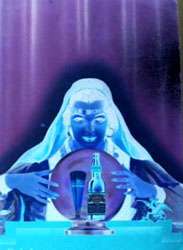 I've been thinking a lot about entertainment of the future, where is it going? I've had so little work the last few years, but it's been that way for lots of creative people I know around L.A. We're not retired, but we might as well be. 2-D animation is another obsolete format, it seems, but maybe so is the linear narrative.

In his important book, "Understanding Media", Marshall McLuhan pointed out that break-through media formats are often predicted by earlier art movements-- his example that the color tv had antecedents in Seurat may seem far fetched, but I have always felt that the sudden beginning of independent animation in the early 70's was somehow foreshadowing an event or media form that has yet to fully take shape. Will it be on a hand held device, or perhaps a screen right in the air in front of you, or on your clothes?

R.I.P. Video artist Nam June Paik, who died this week. Many of his video installations now sit in storage rooms because the video components require spare parts that are no longer made. I find this sort of mind boggling. For years video art was regarded as the newest, the hippest, and in such a short period of time it too has become obsolete.
Posted by Sally at 10:15 AM No comments: